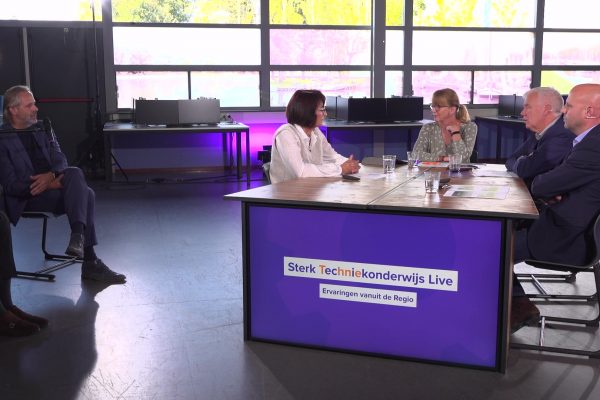 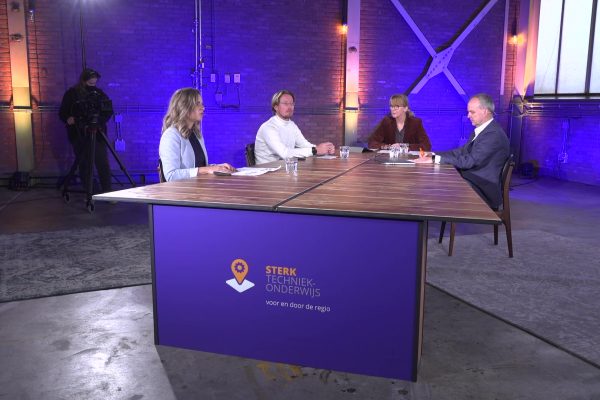 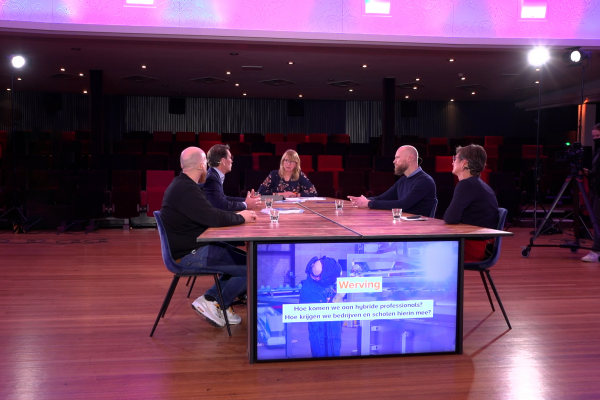 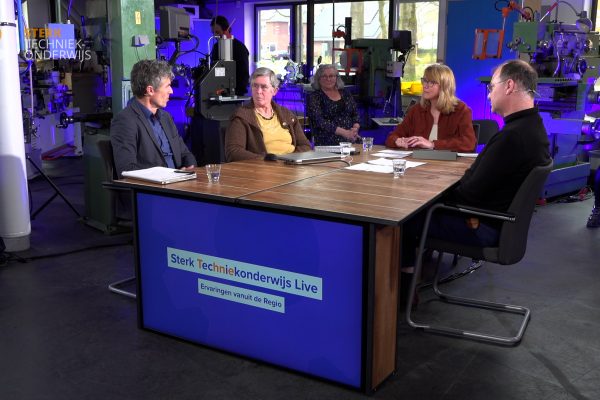 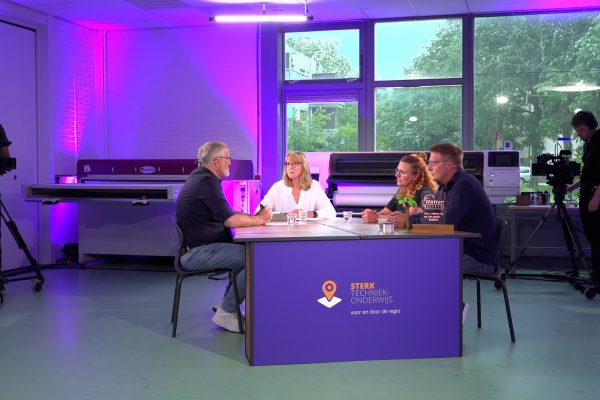 In 2020 and 2021, we toured the Netherlands again for a series of Talkshows on behalf of Sterk Techniekonderwijs.

In the talk show STO Live, STO regions share their goals, plans, approaches and results around the investments in Technology Education in secondary schools.

Season 2 consisted of five episodes, broadcasted from locations throughout the Netherlands. For these broadcasts, several schools around the country were transformed into television studios. Using four cameras, the broadcast was directed into a live and interactive program. This involved the use of graphics and video-playback developed by us.

As a technical party, we were closely involved in the concept, technical realization, design and content of the series of online talkshows.